"Happiness always looks small when you hold it in your hands, but let it go, and at once you learn how big and precious it is."
Maxim Gorky

Last spring we took a road trip through Normandy, France
and in particular
to visit the Vimy Ridge Memorial.
It sits on a hill overlooking the Douai Plains of France.
A former 250 acre battle field, now peaceful and green.
Rising up 30 metres are two pylons,
One for Canada, one for France... 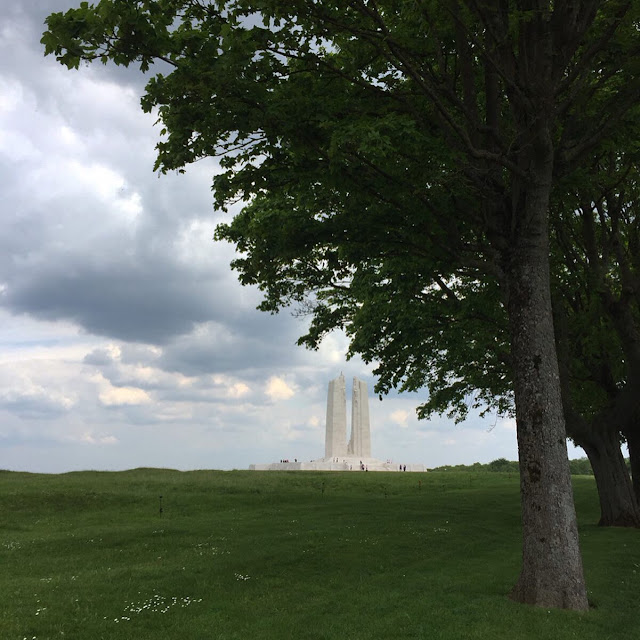 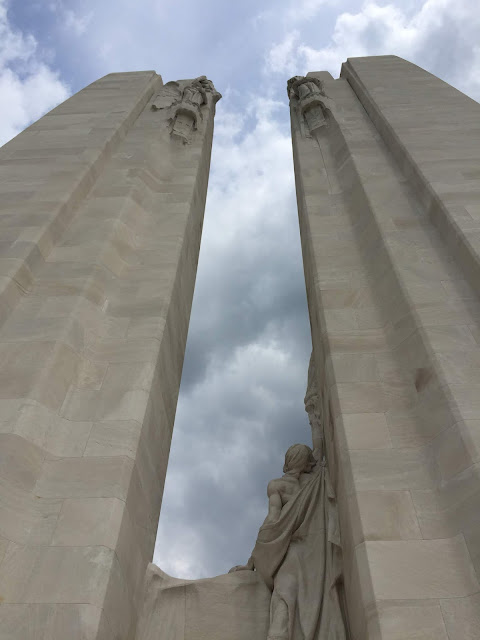 Today is Vimy Ridge Day in Canada.
A day dedicated to the men, mostly very young, who fought
and died in the battle
and to those whose bodies were never found after WW1.
They have no known graves and so this is their memorial. 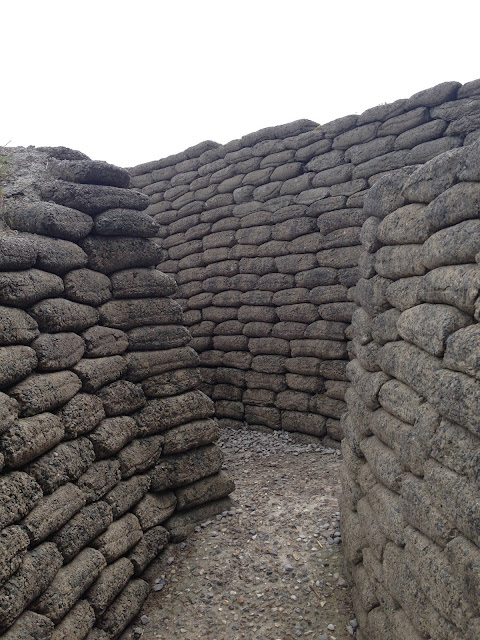 (preserved in concrete, a trench at the memorial)
The attack began at 5:30 AM on April 9th 1917,
Easter Sunday.
By nightfall on April 12th the Canadian Corps had defeated the German Army
but had lost more than 3,600 men in the fight. 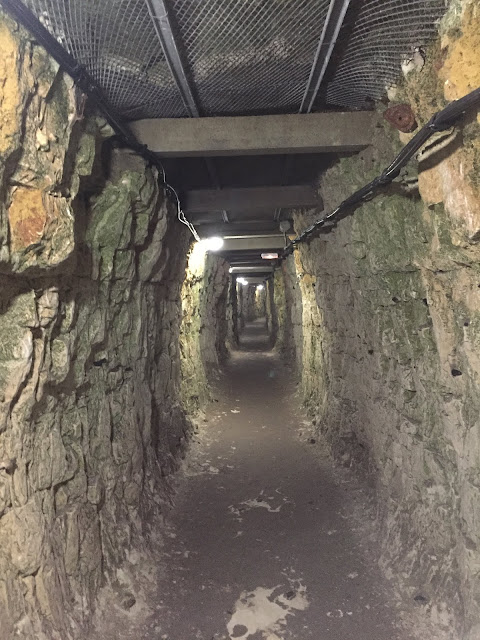 (tunnels where the soldiers spent much of their time)
It's impossible to imagine the horror of these 4 days and 3 very long nights.
The mud, the cold, the dark, the fear that so many faced.
In fact, the naivety of the soldiers who fought for the freedom
and beauty of countries such as Canada, France and indeed so much
of the Western World, is beyond comprehension. 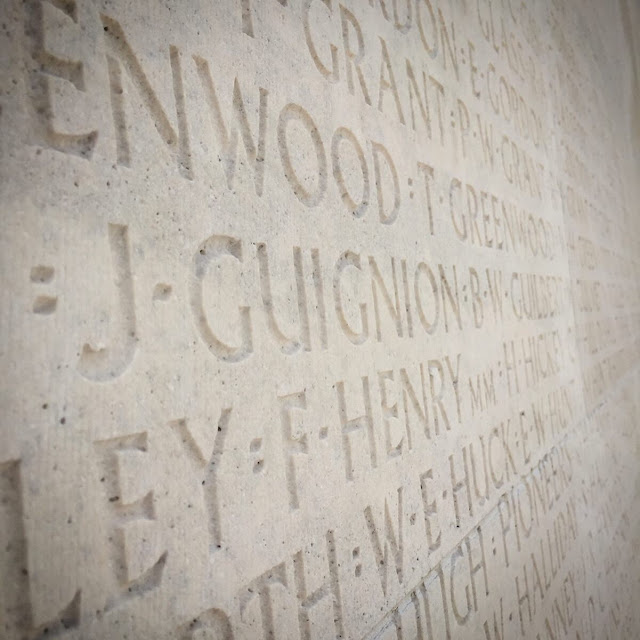 As we walked around touching the letters of the names of the dead, a sense of gratitude became so overwhelming
that there was nothing to do but to be quiet and to be with them.
To thank them silently. 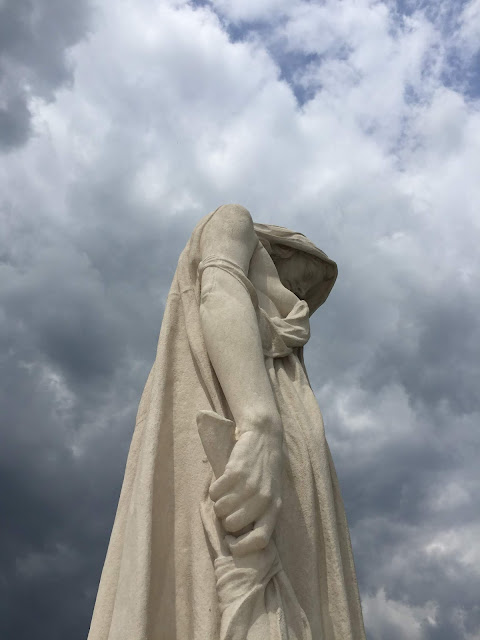 The only danger here now are the fenced off areas of
rough ground, old fox holes and unexploded munitions
which make grass cutting impossible for human powered machines
so the army of sheep are constantly on call for these duties... 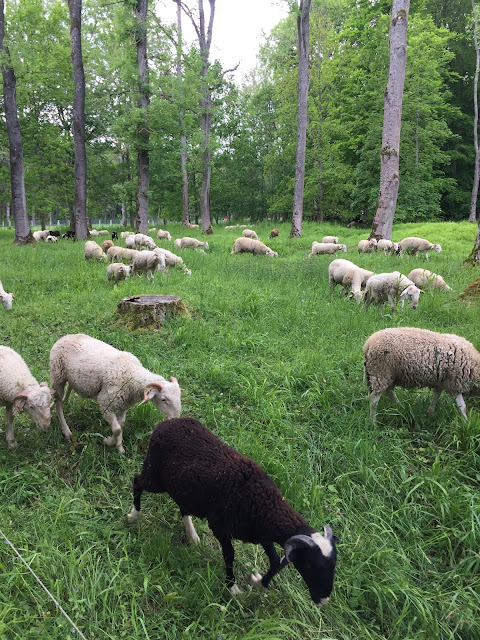 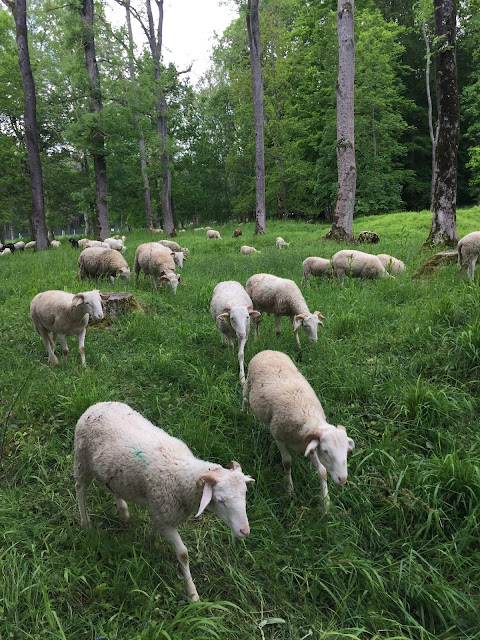 (and no, not one sheep has ever been blown up)
I have a personal connection to this place.
About 4 kilometres to the southeast is a tiny French village called Thelus.
On the outskirts of this village is a Canadian Military Cemetery
called Nine Elms.
It was near here that my fathers Great Uncle died during this battle and
is buried along with 79 other men of the 14th Canadian Infantry.
He was 29.
You can read another detailed post about Joseph Quilty here.
We made a pilgrimage to his grave.
Something I had wanted to do for many years.
I made a felted poppy for him and laid it over his headstone... 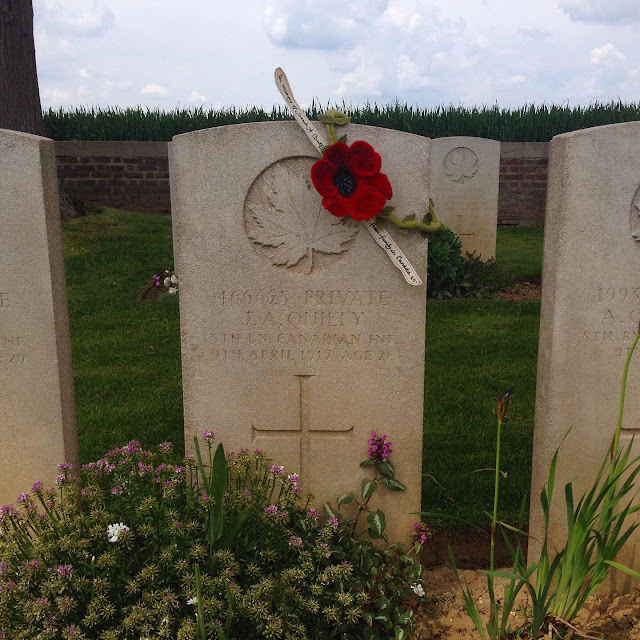 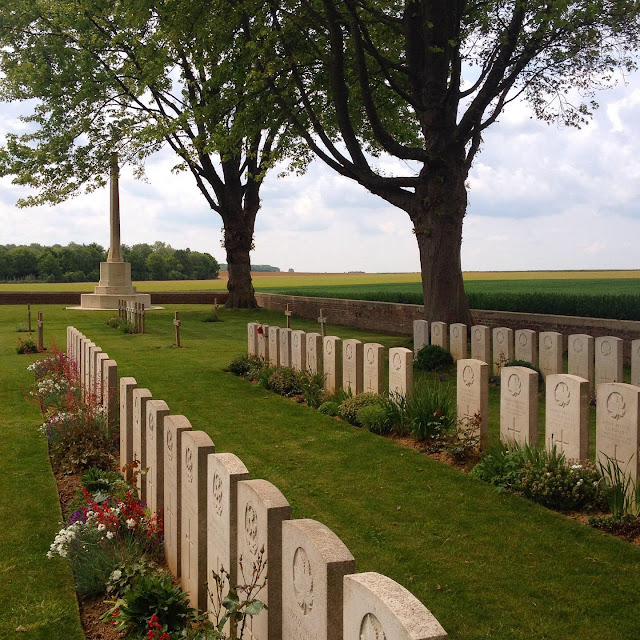 It's a peaceful place bordering thousands of acres of wheat fields on one side
and a busy motorway on the other... 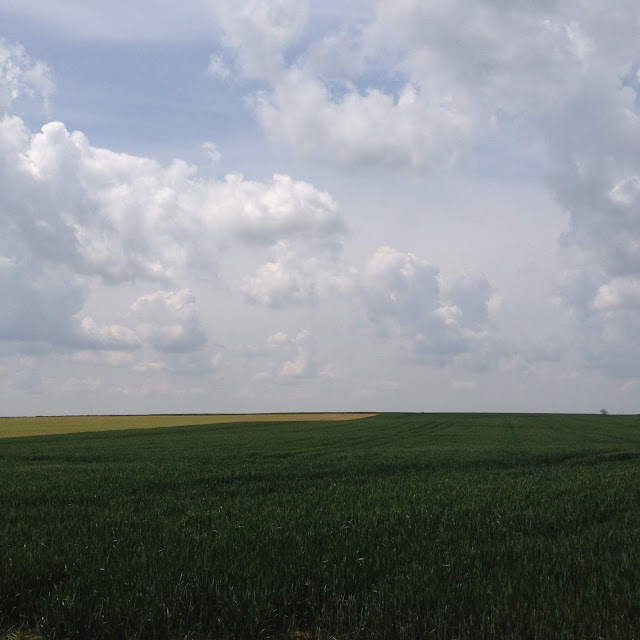 Again, hard to imagine the grey, barren battlefields full of the wounded, dead and dying
as you stand amongst the carefully tended graves neatly lined up.

(the same area 103 years before)
There, just outside the walls of the cemetery, one lone poppy grew in the wheat... 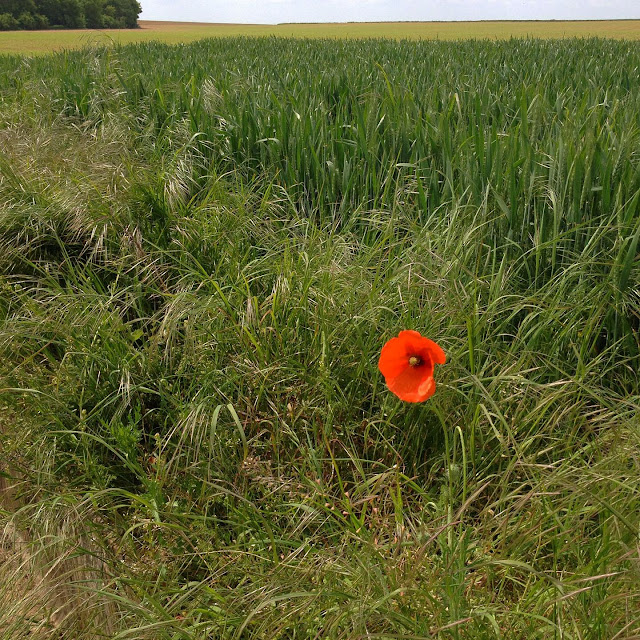 A silent reminder of the immense loss of life on this day.
We should all take a moment to remember all of those who were killed and damaged and never found again.

A very special thank you to the people who take such good care
of these cemeteries all over the world.

SHOP... Click on the rabbit to enter my shop 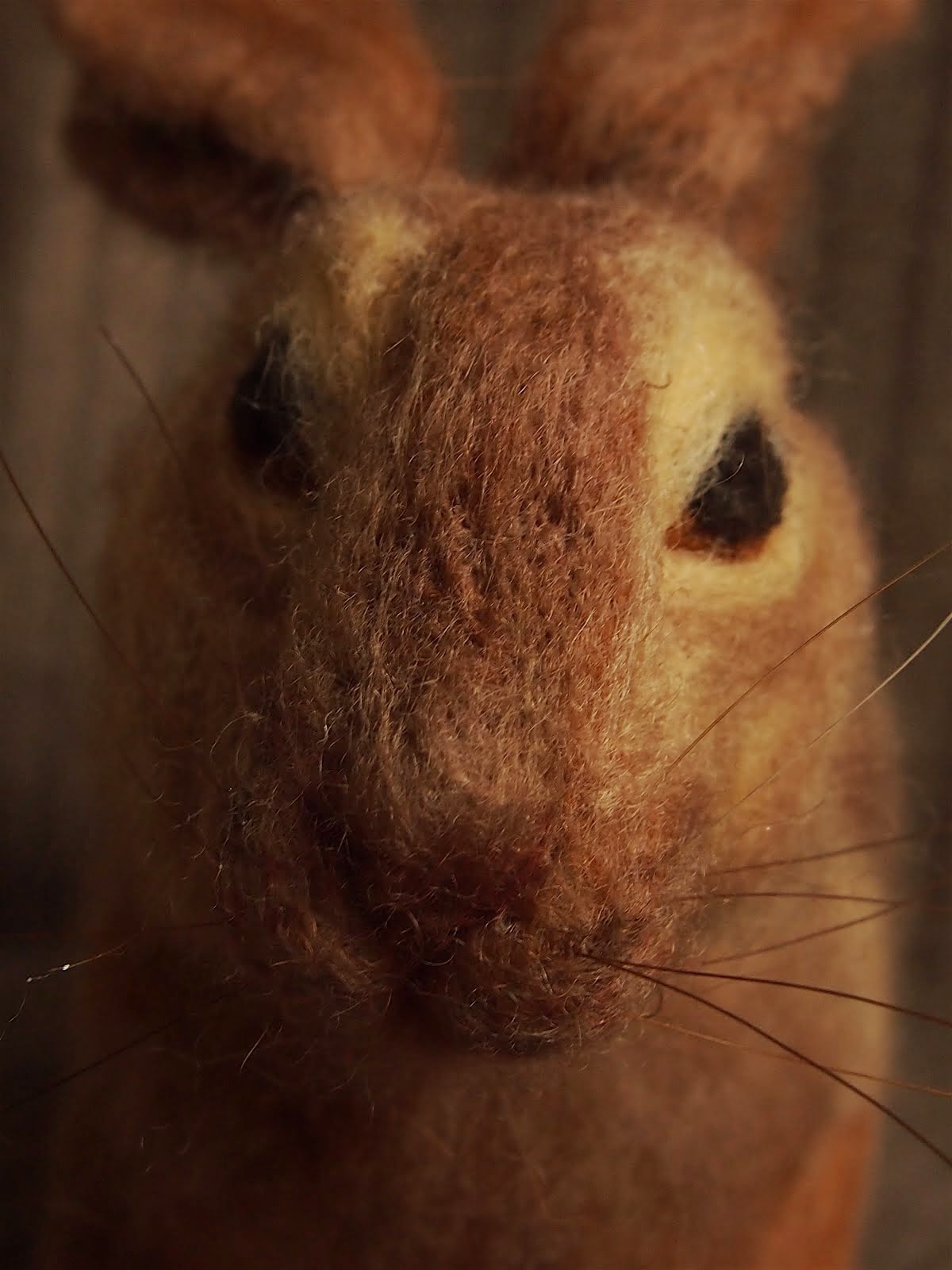 One big black heart of gold...Griffin 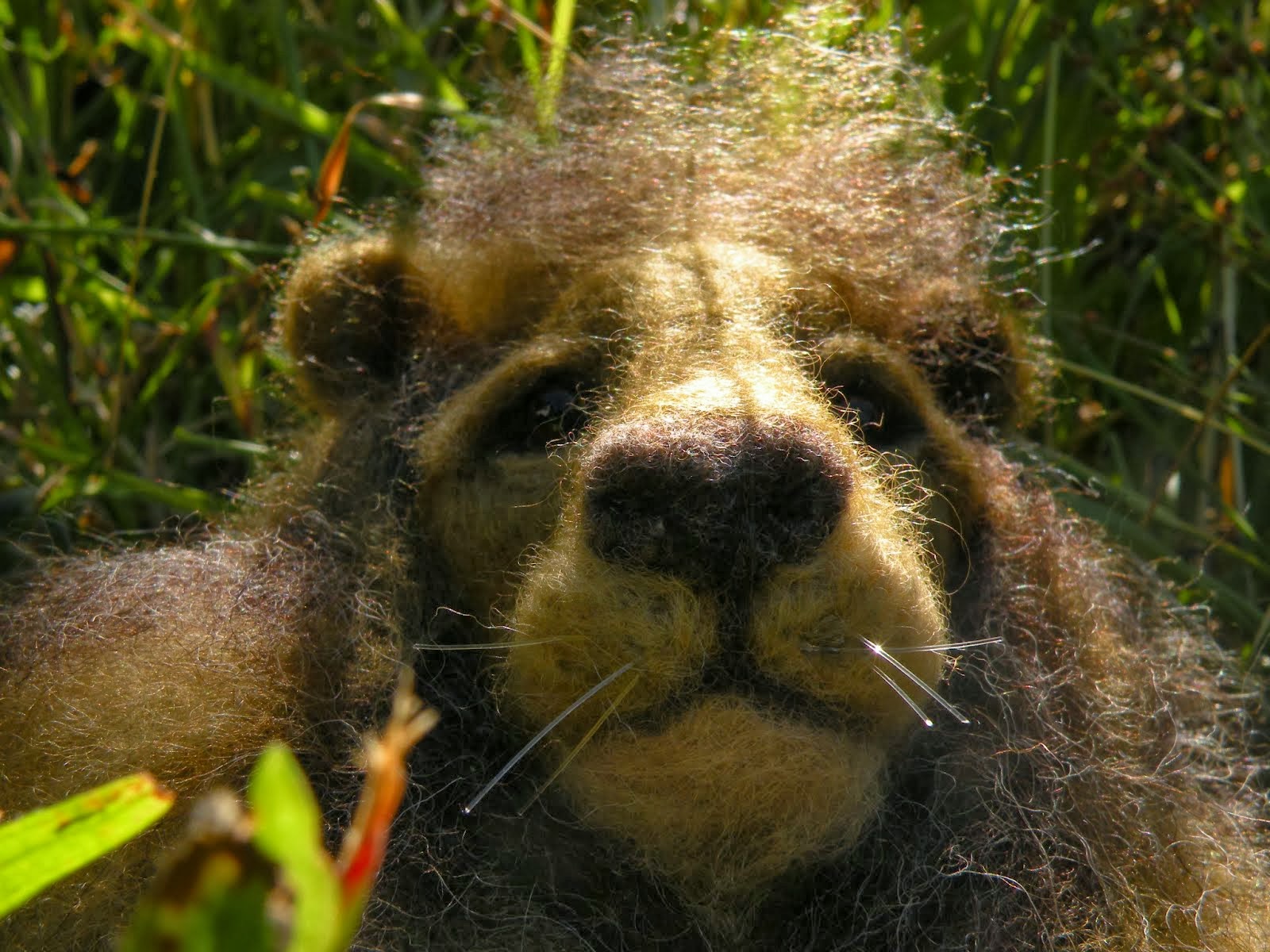 You're more than welcome to use my photos for personal, non-monetary reasons...all I ask is that you credit me with the work...cheers! 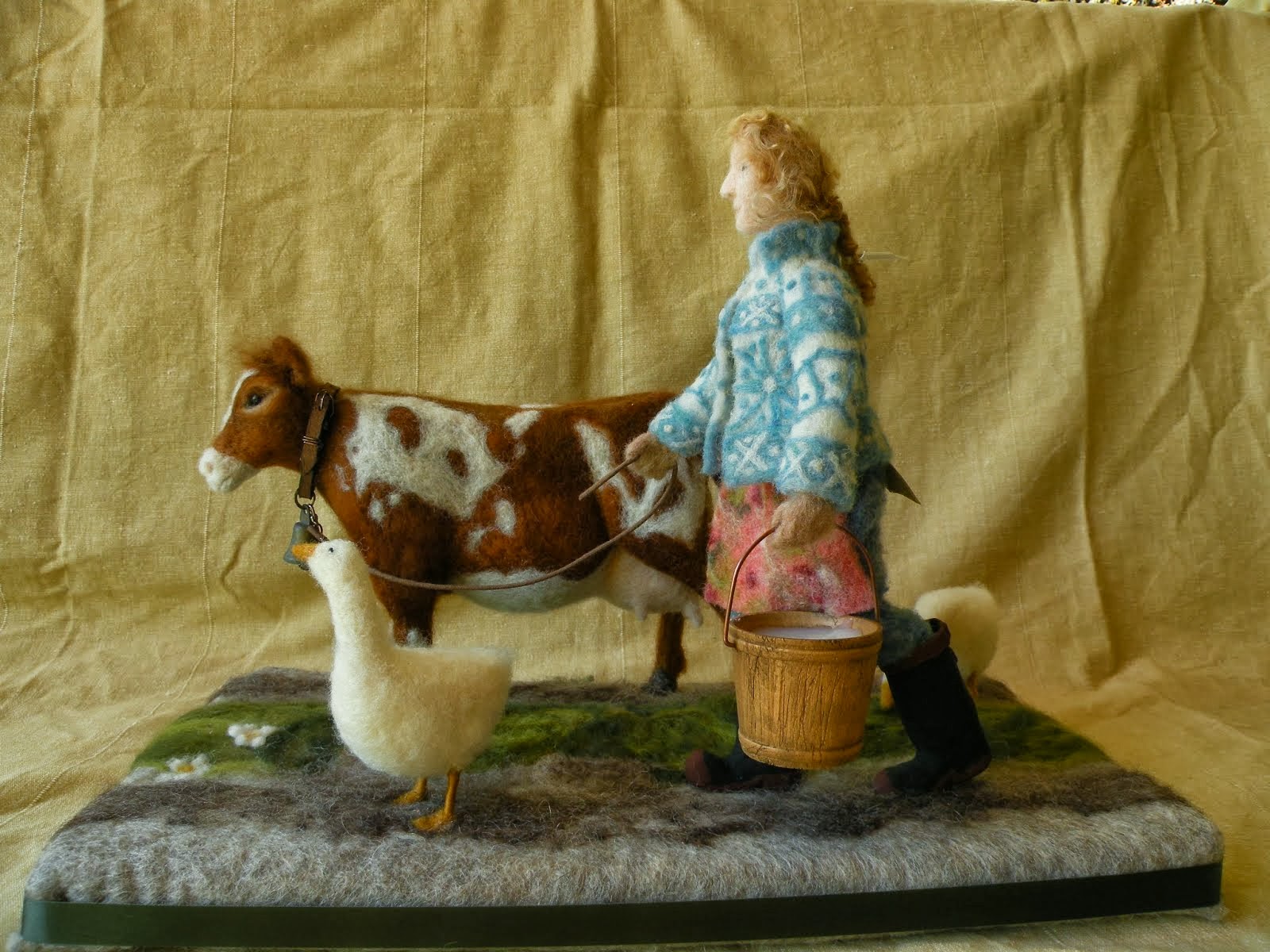 "Good art is not what it looks like, but what it does to us."
Roy Adzak

"Happiness...it lies in the joy of achievement, in the thrill of creative effort."
Vincent Van Gogh


"It is a wholesome and necessary thing for us to turn again to the earth and in the contemplation of her beauties to know of wonder and humility."
Rachel Carson.


"Imagination is more important than knowledge. For while knowledge defines all we currently know and understand, imagination points to all we might yet discover and create."
Albert Einstein

"Music and rhythm find their way into the secret places of the soul."
Plato.

"Hope is the thing with feathers
That perches in the soul,
And sings the tune without words,
And never stops at all."
Emily Dickenson

Kerry O'Gorman
I am an artist trying to make a living doing what I love.Sometimes its photography, sometimes needle felting, sometimes painting. I live on a five acre hobby farm in a rural area 45 minutes from Victoria B.C. I was a letter carrier for Canada Post for 10 years and after too many commutes and a few successful craft fairs, I decided to take the plunge and quit to pursue a life in the "starving artist" category. The holistic success has been tremendous. Living and learning along the way about myself, the world, the business of selling your wares and how it all affects you. Its all good.To have the gift of living where I live, and being able to walk amongst the trees and moss is a joy in my life. You can view some of my creations through my etsy shop at www.farmlass.etsy.com